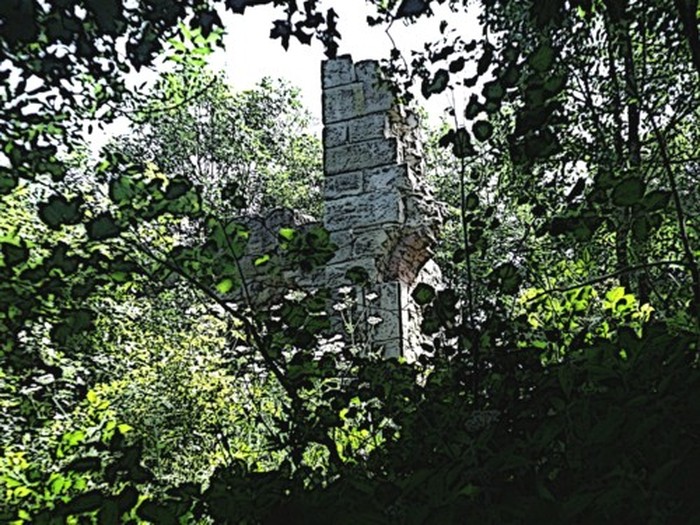 The delightfully named Starlight Castle is a folly set on the northern slopes of Holywell Dene near Seaton Sluice.  Or rather, it's the remains of a folly, consisting only of an arch and a couple of bits of wall. One might almost suppose it was built as a sham ruin, but apparrently it once looked like this... 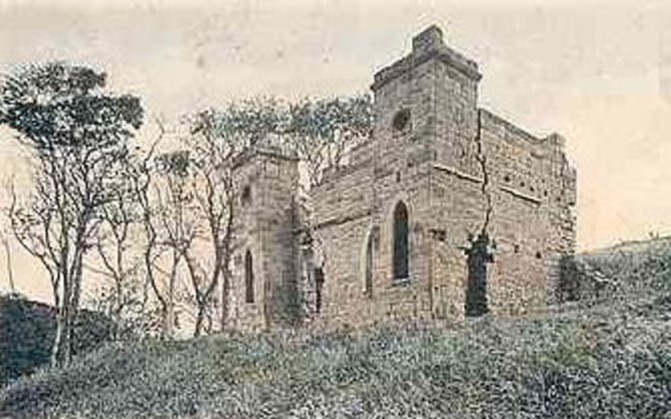 The location is much more overgrown nowadays. Given the available room, it can't ever have been a very big castle - maybe something similar to The Count's House in Durham. I recall reading somewhere that it was a one roomed affair, which seems about right. 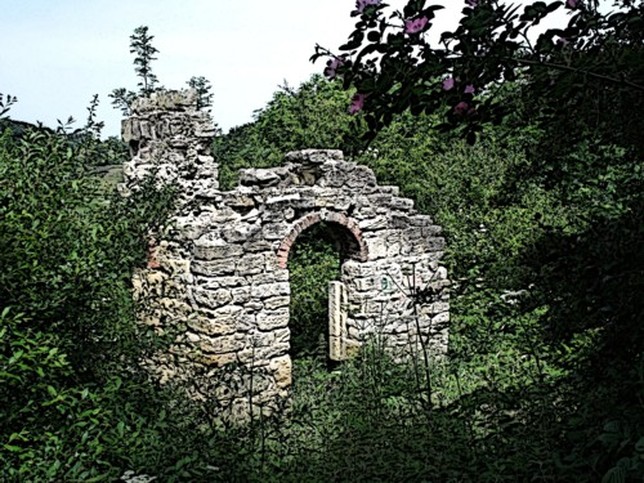 And so onto the legend, which has it that the castle was built in 1750 on the orders of Sir Francis Delaval,  as a place he could stash his mistress. An 18th century love nest, in other words.

It is said that someone bet him that he couldn't build it within 24 hours. Nor could he, I dont suppose he'd ever held a trowel in his life. But he could employ some men who could, although history does not seem to record their names. 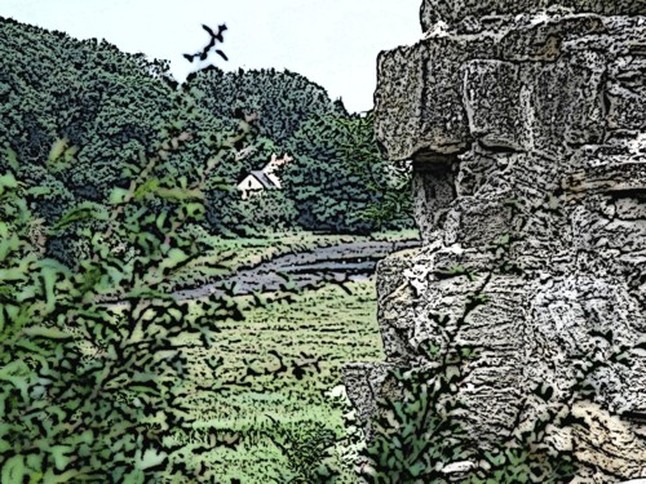 Anyhow, it is said that the castle was built within 24 hours, "started when the stars were shining and completed by daylight" - hence the name Starlight Castle.

I have one or two problems with this. Did the time period allow for digging foundations, for instance ? Even considering the relatively small size of the building, that would have taken a lot of time and effort. Leaving them out would certainly save time, and possibly explain why it has all but  crumbled away !

It's suggested that parts of the building were prefabricated, which would make sense and save yet more time, but why start at night ?  We're not told what time of year it was built, but the obvious course of action would be to aim for a day around Midsummer, start at first light and do the majority of the work by daylight, finishing off through the few hours of darkness.

And quite possibly that's what happened, but it doesn't make such a good story.

Where has all the stone from the building gone ?  If you visit, take the time to look in the gill that runs down past the castle. Lots of dressed stone blocks in there. I did wonder if it was the remains of some 18th century picturesque landscaping, but it seems equally likely that they are from the folly. 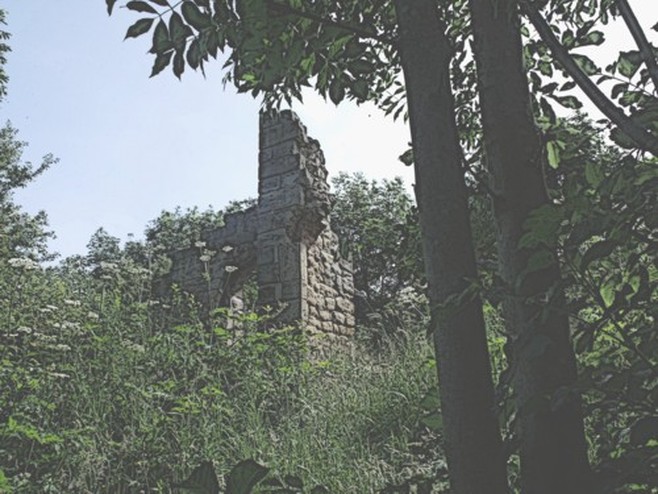