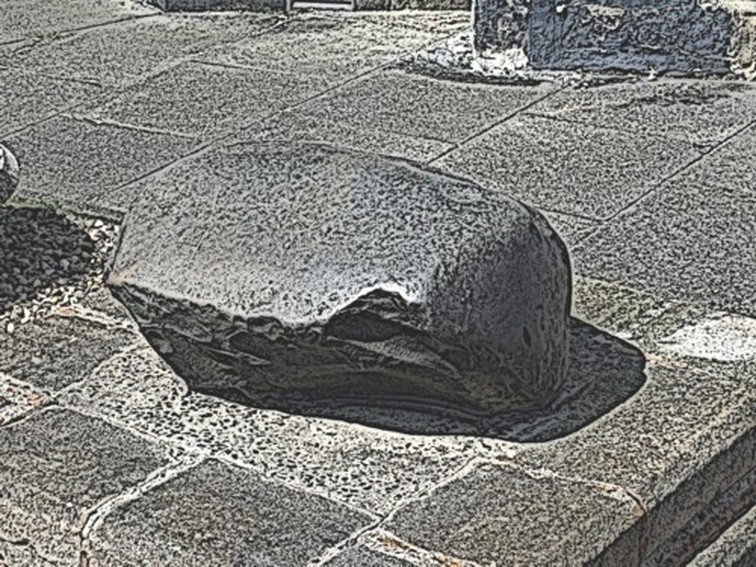 Situated outside the Delaval Arms at Old Hartley, between Whitley Bay and Seaton Sluice, this stone is supposed to have originally marked the centre of Old Hartley.

When the old village was demolished in 1940, the stone was buried in the path leading from the Blacksmith's shop to the chapel and when the new road was planned, a  Mr Wesley Dickinson removed the stone for safe keeping.

When the roadworks were completed in 1973, the Whitley Bay Borough Council replaced the stone as near as possible to it's original position. 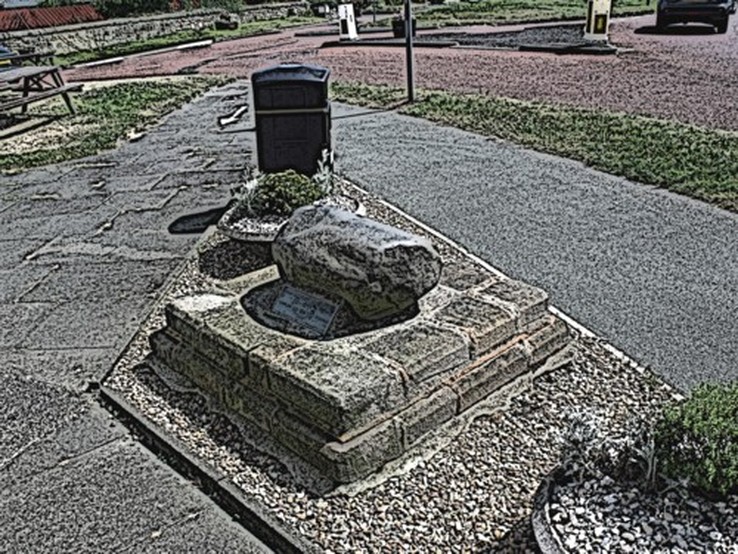 At the time of the black death in 1348 it was thought that if one touched the stone they would be immune from the plague.

Over the years it became a symbol of good fortune and it was said to become a citizen of Old Hartley you had first to kiss the Blue Stone. 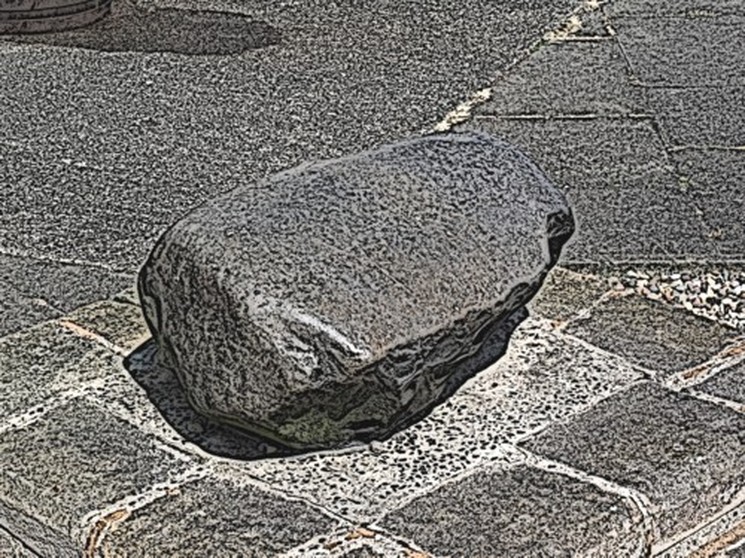