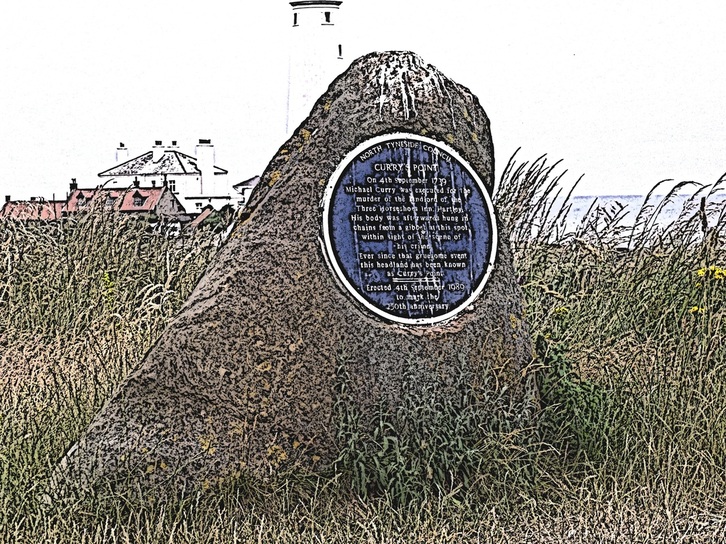 Situated on the headland overlooking the causeway to St Mary';s Island, Whitley Bay, North Tyneside, is this modern monolith commemorating an old crime.

On 4th September 1739 Michael Curry was executed for the murder of the landlord of the Three Horseshoes Inn, Hartley.
His body was afterwards hung in chains from a gibbit at this spot  within sight of the scene of his crime. Ever since that gruesome event this headland has been known as Curry's Point.