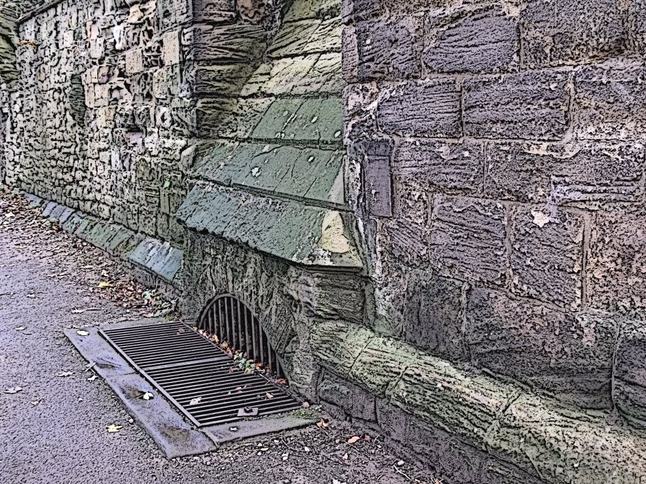 This can be found along the path at the top of the River Wear gorge that leads along the outer walls of the cathedral (into which this structure is built),  down towards Prebends Bridge.

Is it actually a well at all ?  It certainly doesn't appear to be a spring, no water apparently enters, nor is there any apparant outflow point, and you'd think the last thing cathedral builders would want would be a spring potentially undermining the foundations.

Peering between the bars of the grill, there is some water down there in the stone-lined chamber, along with leaves and the inevitable debris of  modern human life - sweet wrappers, bits of polystyrene, etc. These will all be of great interest to some archaeologist in a few centuries time, but dont really add much to the contemporary asthetic. The water presumably runs in from the pathway during rain, and/or seeps in from the ground 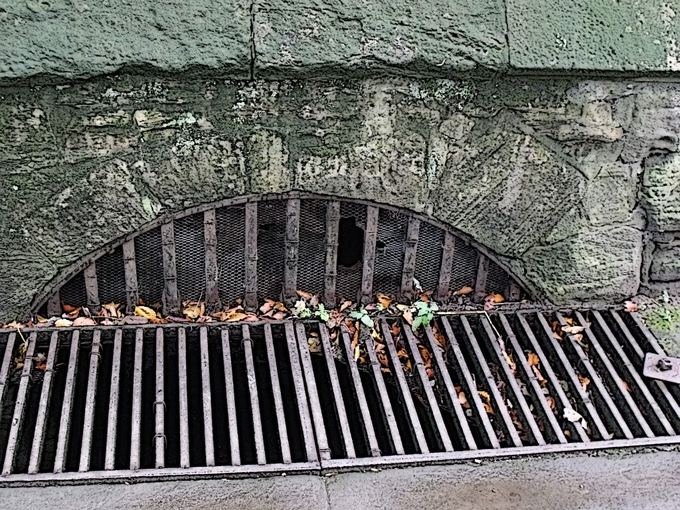 We might suppose that it's just some hole which once had a purpose, now forgotten, which somebody, sometime fancifully gave a name to as a joke... if it wasn't for the fact that there's a sort of well-house over it, built into a recess in  the wall of the cathedral. This may hint at it being  something more than a mere rainwater / debris trap in times past.

I've have heard a theory that there was a well actually in the Galilee Chapel of the cathedral (on the other side of the wall) and this was part of it. I dont know how much truth there is in that. 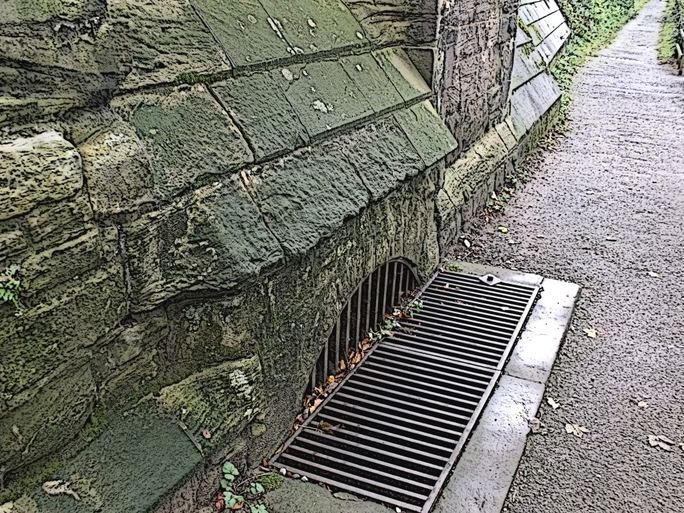 The only online mention of this well that Google could find refers to the fact that it was archaeologically excavated in 1896... which at least tells us it was known at  the end of the 19th century.

A full report is to be found in the  Transactions of the Architectural and Archaeological Society of Durham and Northumberland 5/1896-1905/25-28, if anyone has the time or inclination to seek it out - though I'd guess that there's nothing startling in it, or the well might just be a little bit better known.

For the time being it remains an enigma.