A group of four.... or five.... or maybe six.... standing stones located on the south bank of the River Wear in Galley's Gill.

No, it's not one of those legendary stone alignments that you can never count the same twice, its more a case of trying to decide which are actually part of the group.

Standing Stones is actually the official title of this feature, installed c.1997, the sculptor being Rosie Leventon. It marks the end of the Stephenson Trail, which runs from Easington Lane, following the old railway route that carried coal to the staithes on the Wear.

Each stone has a vertical groove cut up one side, over the top and down the other side.  According to the sculptor these are meant to represent a long-worked-out coal seam. 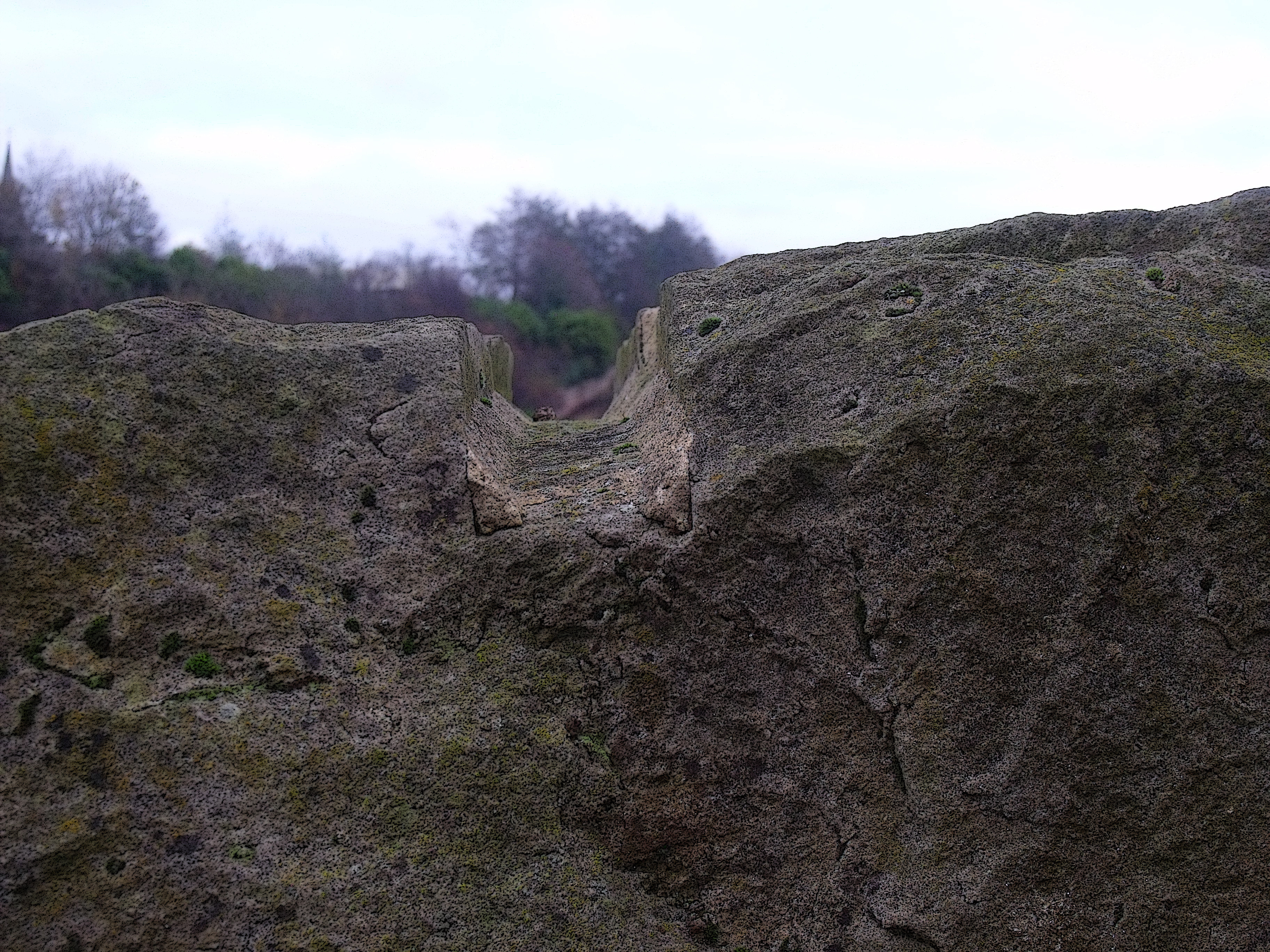 Official accounts of this sculpture talk of a row of four stones  and of a fifth smaller boulder, set seperately,  that carries an inscription :

Here is the end of the line
Staithes and the start of the sea
The worm in the water
This inscribed stone isn't there anymore, and to be honest I cant actually recall ever seeing it. However, I've seen a photo of it so it did exist once.  The row of four stones is still in position..... which still leaves us with two more lurking around the landscape. 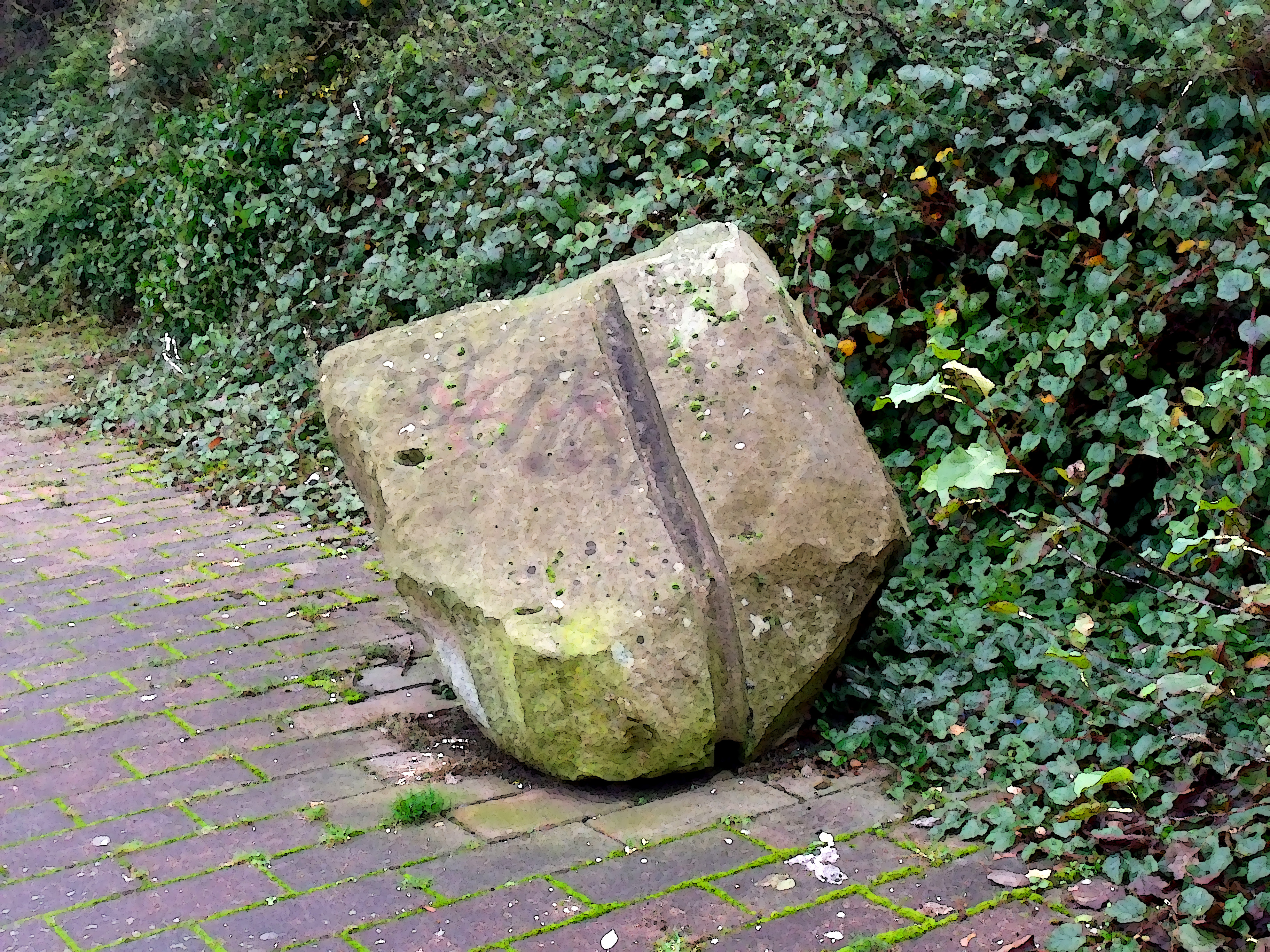 Number five is located on the lower promenade, in line more or less with the row of four but estranged from its companions by being about twenty feet lower and not in line of sight.. It has a groove cut out of it, which would appear to mark it out as a bona fide member of this particular tribe.

There would seem to be raw material for a myth here..... there used to be a row of five, and on certain nights, when the clock struck midnight, the stones would go down to the river to drink.

On one occasion, however, this fifth stone tarried, and failed to return to its position before cock crow - ever since it's been isolated on the lower promenade. 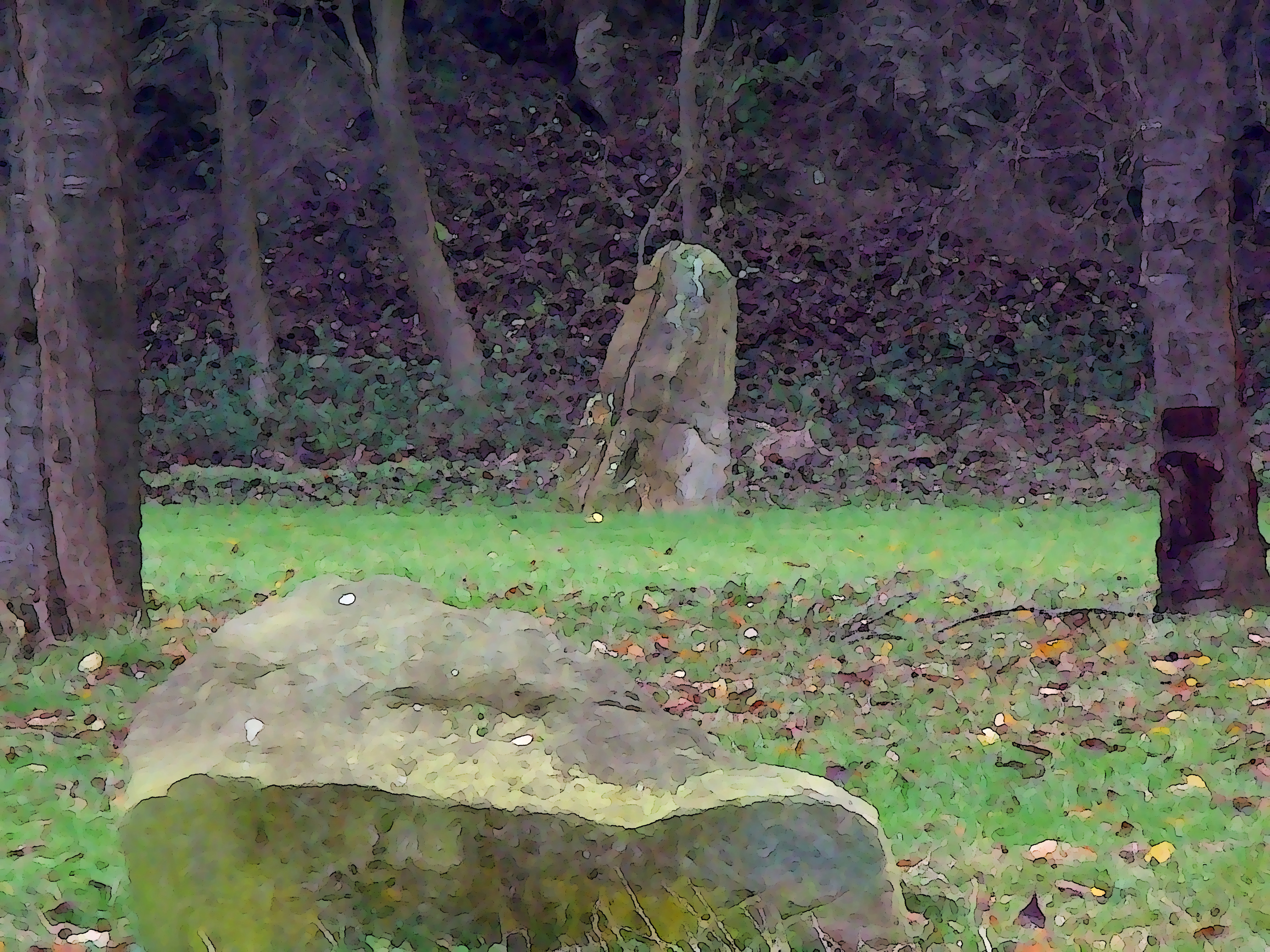 The sixth stone is much smaller than its companions, recumbant and located west of the row of four. It appears to have part of a groove cut into it, linking it to the other five in origin, and perhaps more interestingly, it bears the apparant image of a footprint stamped into it's surface, which is why I - imaginative powers, as ever,  set to max - call it the Footprint Stone.

More myth potential - what manner of god / hero / demon left its footprint on the stone, and was it wearing wellies (as the mark seems to suggest) ? 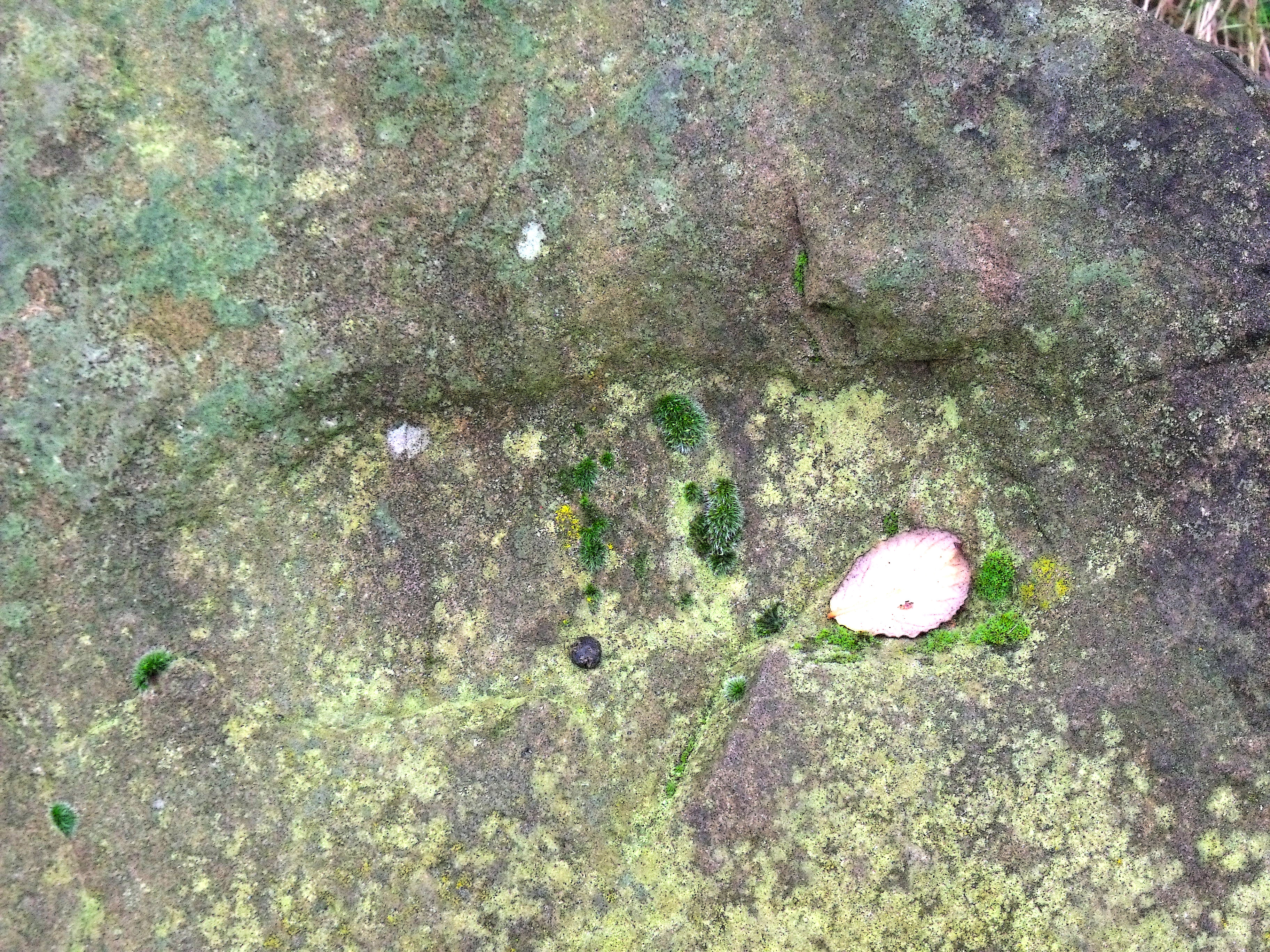 If you have any comments or further information about this sculpture, you can post them on the dedicated forum page at:
http://spirit-of-place.boards.net/thread/280/standing-stones-sunderland