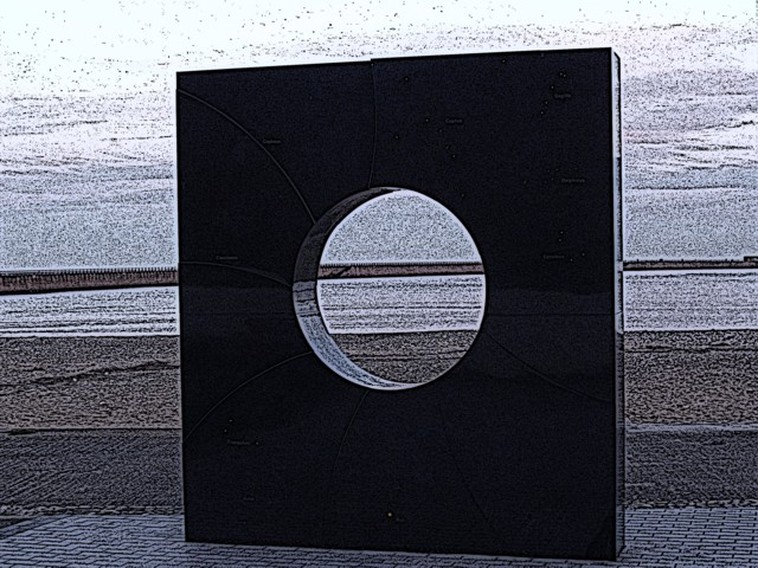 C - or as I always think of it, the Roker Black Hole - on the sea front at Roker marks the end (or beginning) of the C2C (Coast To Coast) and W2W (Walney To Wear) cycle routes. 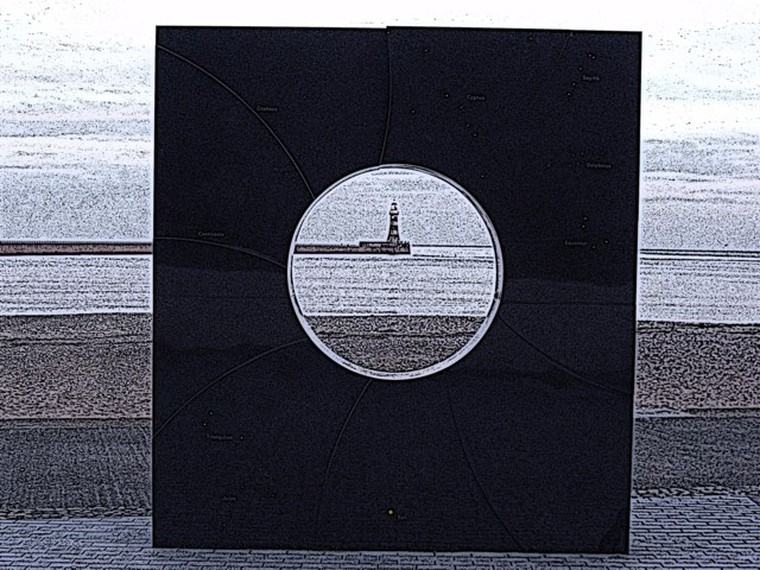 A large bit of polished black granite, with  astronomical constellations carved into its surface, the hole frames Roker Lighthouse. 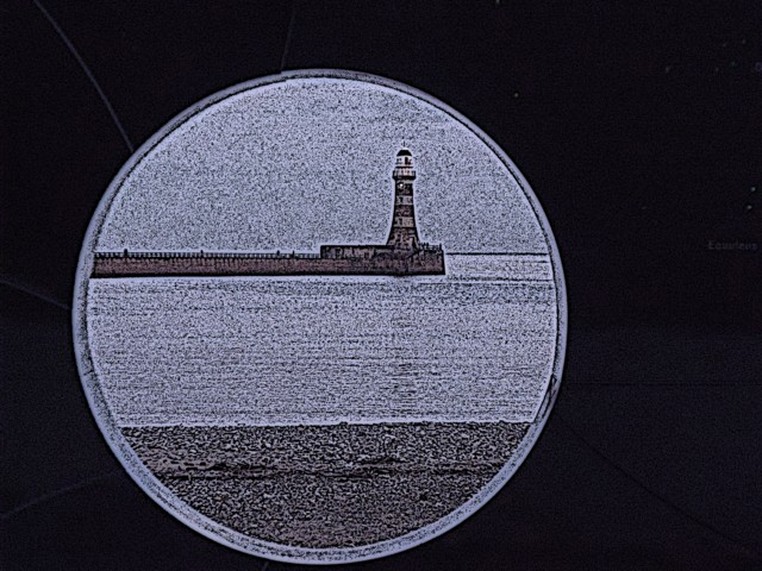 According to a leaflet published by Sunderland City Council,

"the monolith has been positioned so that when Easter Sunday dawns, the sun will shine directly through it."

Given that Easter Sunday  doesn't fall on the same date each year, that seems unlikely.

Another tale I've heard is that the rising Sun will actually shine through it on the sculpter's birthday (sometime in April).

In fact, C was designed by sculptor Andrew Small with the rising sun and lighthouse planned to be in direct alignment, as seen through the aperture, twice a year.

Mr Small said: “If the conditions are good, such as with no clouds, and I’ve seen it happen before, it throws a strip of light across the harbour mouth. It can be spectacular, and as it’s only twice a year and early it isn’t seen by that many people."