Penshaw Monument  - official title  The Earl of Durham's Monument is a folly built in 1844 on the 446 ft high  Penshaw Hill, on the outskirts of Sunderland and dedicated to John George Lambton, first Earl of Durham and the first Governor of the Province of Canada.

The Doric tetrastyle monument  is based on the design of the Theseion, the Temple of Hephaestus, in Athens, although with different dimensions. It was designed by Newcastle architects John and Benjamin Green and built byThomas Pratt of Sunderland. 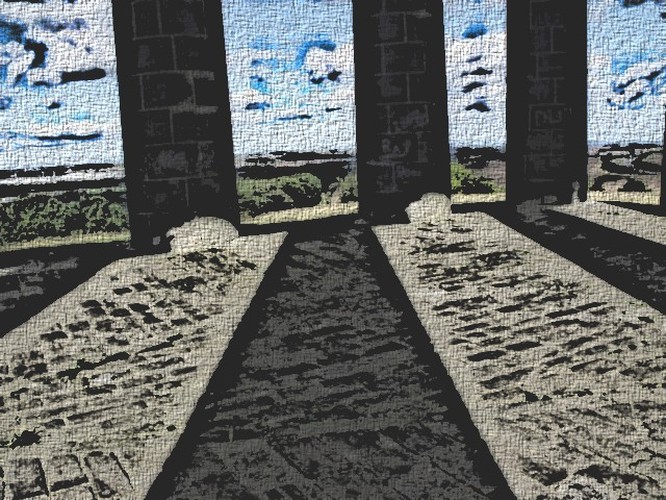 The foundation stone was laid on Wednesday 28 August 1844, by Thomas, Earl of Zetland, in the presence of a large crowd, attended by about 400 members of the Provincial Grand Lodges ofFreemasons.

About £6,000 was raised by public subscription to build the Monument.

Unlike the perhaps better known Angel Of The North, Penshaw Monument is visible for miles around - its said that on a clear day it is possible to see it  as far north as the Cheviot Hills over fifty miles away. 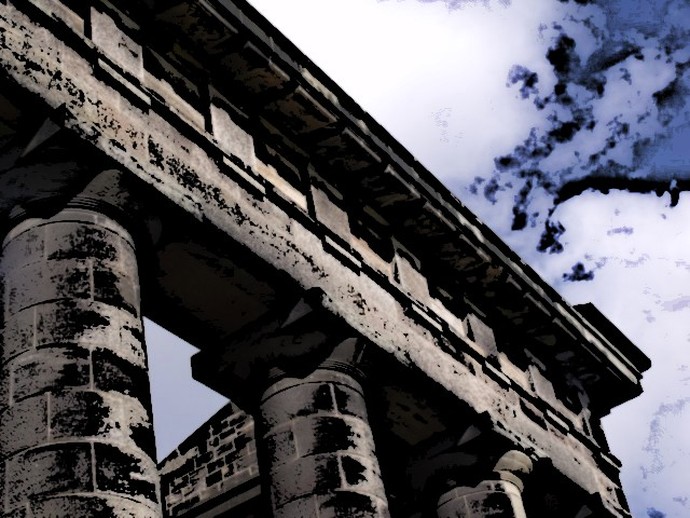 There is a staircase inside one of the pillars, leading to a walkway, which used to be open to the public until  a 15-year old boy,the impressively named but ill-fated  Temperley Scott of Castle Street, Fatfield, fell off and was killed in 1926. This sounds like it ought to be the introduction to a story about a haunting, but as far as I know, Scott’s ghost does not haunt the site.

The staircase was closed following the death, but has recently been opened on occasions,  strictly overseen and you have to book ahead and pay.

No ghosts, perhaps,  but Penshaw Hill seems to have once been regarded as  the haunt of fairies. William Brockie, in Legends and Superstitions of Durham (1886), records -

"The fairies used to be heard patting their butter on the slope of Pensher Hill, when people were passing in the dark. A man once heard one of them say, "mend that peel!". Next day, going past again, he found a broken peel lying on the ground. So he took it up and mended it. The day after that, when going along the road with a cart, he saw a piece of bread lying on a stone at the root of the hedge, at the identical place, with nice-looking fresh butter spread upon it: but he durst neither eat it himself, nor give it to his horses. The consequence was that before he got to the top of the "lonnin" both his horses fell down dead."

You know, I’m sure I once heard something about a ghostly (grim ?) reaper being seen around Penshaw Hill, but cant for the life of me recall the source... so take that little nugget with a pinch of salt.

Considering the links with Freemasonry in the Monument’s origins, we might perhaps have expected a few Masonic conspiracy theories, but we seem to draw a blank there too (unless its been covered up by highly placed masons ! There - pass it on...) 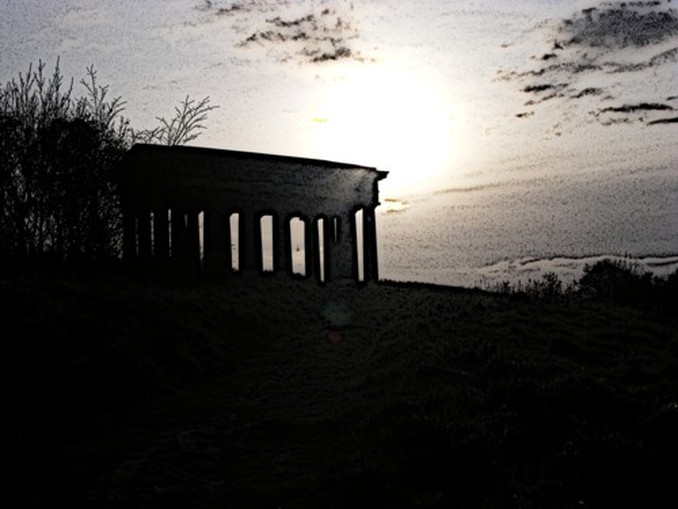 Perhaps feeling itself lacking somewhat in home-grown legends, the hill has more recently been attempting a bit of myth-hijacking, claiming to be the hill around which the legendary Lambton Worm wrapped itself, a claim advanced both on the information boards at the Monument, the Sunderland Council website, and many other internet sources - so it will probably soon become “true” by virtue of repitition

The hill of the Worm legend is actually the enigmatic mound of Worm Hill, Fatfield - the clue is in the name, folks.